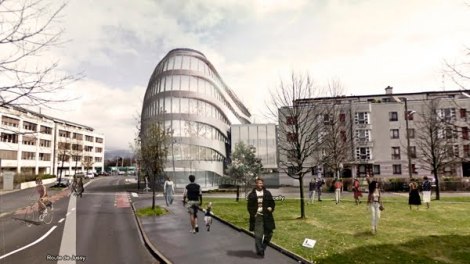 Our proposal for a new administrative building in Thônex is a sculptural building that follows closely the reference design provided in the brief, but slightly modifying the edge of the floorplates to generate a bulging facade. This unconventional facade will create an enticing play of reflections and shadows that will catch the eye of the passers-by, conferring a strong identity to the building.

The building’s envelope will allow for year-round controlled air exchange and provide thermal comfort in the summer months by controlling the direct light with shading devices on the South facade. The cladding system is based in a series of solid strips covering the facade that provide both the necessary solidity and the required solar shading in the South facade. These elements change in depth as the facade changes orientation, becoming an efficient energy-control device, and providing a recognisable identity to the building. The depth of the strips in the South facade has been designed so they will block the direct sunlight during the summer months, while letting them through in winter time, where they will contribute to energy conservation. 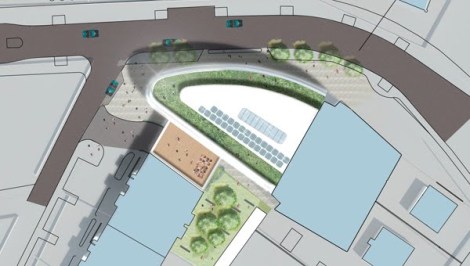